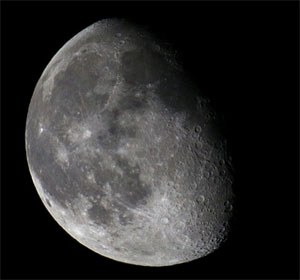 Amavasya 2020 corresponds to the night of New Moon, when there is no Moon illuminating the night sky. This no moon night, Amavasya 2020 holds great importance in the Hindu religion. According to the panchang, the first night of the first fortnight or the bright fortnight (paksha) of a lunar month, i.e., the first day of Shukla Paksha is the Amavasya. The darkest night of the month is often considered inauspicious by many. Devotees even believe that any task commenced on Amavasya 2020 will never be successful. However, Mahalaya Amavasya 2020 is actually considered highly auspicious for worshiping our forefathers (pitra) and performing puja, shradh, and tarpan in their name.

Let us now move on to the Amavasya 2020 dates and more information on this event.

Given below are the dates of Amavasya 2020 (New Moon 2020) as per Purnimanta lunisolar calendar (this calendar is mainly followed in the states of Bihar, Chhattisgarh, Haryana, Himachal Pradesh, Jammu and Kashmir, Jharkhand, Madhya Pradesh, Orissa, Punjab, Rajasthan, Uttarakhand and Uttar Pradesh):

Amavasya 2020 Dates as per Purnimant

Given below are the dates of Amavasya 2020 (New Moon 2020) as per Amanta lunisolar calendar (this calendar is mainly followed in the states of Andhra Pradesh, Assam, Gujarat, Maharashtra, Karnataka, Kerala, Tamil Nadu, West Bengal and Tripura):

Amavasya 2019 Dates as per Amant

So, the big question here is whether Amavasya 2020 (New Moon) is inauspicious or not? According to various anonymous beliefs, all types of tantras are done on this night. As the Amavasya 2020 night is very dark, so it is said to be the ideal time to invoke various occult powers. Also, people avoid travelling during this time as it is believed that doing so on Amavasya 2020 (No Moon night) can invite problems. Logically, since the Moon is the provider of light during night, therefore, in its absence on Amavasya 2020, the darkness can cause problems during one’s journey.

However, before falling victim to any superstitions concerning Amavasya 2020, one must remember that Diwali, a very auspicious festival falls on Amavasya night. Therefore, we should consider Amavasya 2020 as auspicious. During the festival of Diwali 2020, we worship Goddess Lakshmi of wealth along with Lord Ganesha and Goddess Saraswati of knowledge and education. So, all in all, we can conclude that Amavasya 2020 (New Moon 2020) is not inauspicious as the holy festival of Diwali is celebrated on this night. Also, Amavasya 2020 marks the beginning of Shukla Paksha (the bright fortnight) of every month.

Let us discuss the different types of Amavasya 2020 (New Moon) that occur every year.

People who are suffering from Pitru Dosha, donate food and clothes to get relief. This Amavasya is considered to be ideal for doing Shraddha for your ancestors. Paush Amavasya is said to be a very auspicious day to appease your forefathers. People who want to get rid of the harmful effects of planets like Rahu & Ketu can get benefits by donating clothes and food on this day.

It is believed that the universe was created on this day. Mauni Amavasya is said to be the most auspicious day during Kumbh Mela, as the Triveni Sangam bath is performed on this day, which makes one healthy. Hence, one can also visit the Sangam and take a dip in the convergence of holy rivers there, on Mauni Amavasya 2020.

The Amavasya 2020 observed during Hindu month of Shravan is known as Shravan Amavasya 2020. Since, usually this Amavasya falls near Hariyali Teej, therefore, it is often also called Hariyali Amavasya 2020. This year, Hariyali Amavasya is occurring on 19 August 2020. Lord Krishna is worshiped on this day and the day is celebrated all over the world by Krishna devotees are present. This Amavasya 2020 holds a special significance in the regions of Mathura and Vrindavan. The Banke Bihari temple in Vrindavan is especially decorated with flowers to make a Phool Bangla (flower house). A number of devotees visit this temple in huge crowds to get the blessings of Lord Krishna.

The Amavasya 2020 that falls on Monday is known as Somvati Amavasya 2020. According to Hindu religion, women fast on this day for the long life of their husbands. Married women perform Parikrama (rounds) around the Peepal tree, which holds a divine significance in the Indian culture, 108 times. A sacred thread is tied around Peepal tree by women as part of the ritual on Somvati Amavasya, as they make their rounds. This year, two Amavasya 2020 are falling on Monday. These are Ashadha Amavasya that is occuring on 20 July 2020, and Kartik Amavasya 2020 which will fall on 14 December of this year.

There is a legend associated with Somvati Amavasya which is as follows:

The Legend of Somvati Amavasya

There are numerous stories associated with Somvati Amavasya, but we will discuss one of the famous ones here:

The washerwoman kept her promise and the daughter of the money-lender was blessed with a long-lived husband. However, as soon as the washerwoman put her sindoor on the forehead of the daughter, the former’s husband died. The washerwoman had been observing a fast throughout the day and as she returned home, she received the ill-news on the way. The still fasting washerwoman decided not to drink even a sip of water in her grief, and instead taking a long roll of sacred thread and started tying it around a Peepal tree that fell in her way. Grieving, yet praying hard to the Gods and Goddesses within the holy tree, she took 108 rounds around it. At this, the deities were appeased and they gave life to her husband. That day was a Somvati Amavasya, and ever since then, women follow the same rituals on this day, and pray for the long life of their husbands.

We hope that this information about some of the important Amavasya 2020 was enlightening for you.

Let us now have a look at the fast of Amavasya 2020 and the rituals and traditions associated with it.

Many people in India observe fasts on Amavasya 2020 (New Moon) as it is considered to not only be auspicious but also offers peace to our ancestors. Many devotees also observe the Maun Vrat (fast of keeping silent) on Maghi or Mauni Amavasya 2020.

As per Lord Vishnu in Garuda Purana, offering food to your ancestors on Amavasya is considered highly auspicious. If you do not give them these offerings, they can become angry with you, while doing so, gets one their blessings. One’s ancestors are said to keep a native safe from numerous evils. While fasting on Amavasya 2020, one should donate food and clothes to appease their forefathers. We hope that this article on Amavasya 2020 will be helpful to you!

MyKundali Wishes Its Readers A Happy Year Ahead, And May You Please Your Ancestors With The Sufficient Knowledge Provided!