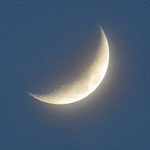 Full Moon: Full Moon appears on the opposite side of Earth’s face from Sun. At whatever point when Moon, Sun and Earth appear in a straight line and Earth comes in the middle of Sun and Moon, Full Moon is formed. The entire surface of Moon lights up during this phenomenon. This wonder happens after each 29.53 days.

New Moon: This phenomenon happens when Moon gets placed in between Earth and Sun. In this case, we see the opposite side of Moon being illuminated by planet Sun. As of now, Moon goes too much close to the Sun.

Blue Moon: When a Full Moon falls twice in a month, it is called Blue Moon as per the new world. It is fundamentally a new thought, yet at first, it was seen as Blue Moon when it happened 4 times in a season. One season normally comprises of 3 different sightings.

Stay tuned with us for more updates on dates of Full Moon and New Moon!