Know the information related to Naming Ceremony Muhurat based on dates, constellation, tithi and Vaar for this samskar and know the auspicious time to do Naming ceremony of children. 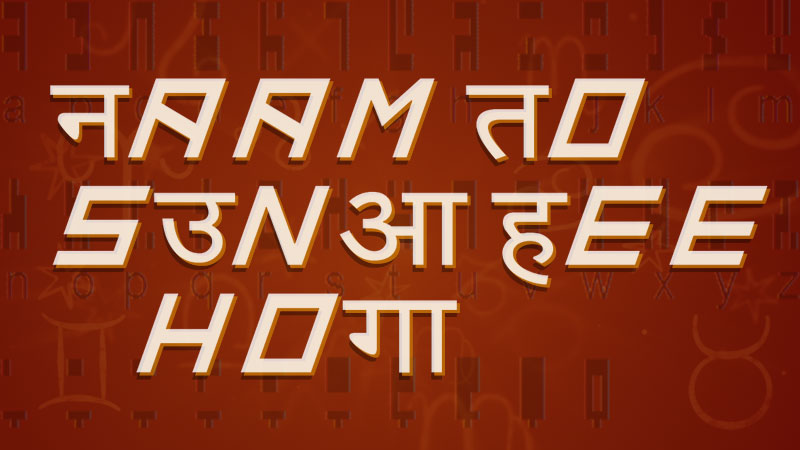 Know more about other muhurats: Muhurat 2019

Naming Ceremony is the first samskar among all 16 samskaras of Hindu religion. According to the child's horoscope, planets and constellations, astrologers provide auspicious time and day for this ceremony. The name of a child is kept based on rites and rituals in that auspicious moment. This activity is called Namkaran Samskar in Hindi. It has great significance in Sanatan Religion. According to scriptures, based on the horoscope of the birth of a child at the time of the birth, baby's name is kept on the first letter of the zodiac according to the moon sign.

It is done after 10 days of the birth of a baby. It is not only kept for identification but also to give an impact on the personality of a child. Astrological science basically prepares a framework for future based on name alone.

It is done in order to give the right direction to the undesirable character of a child, hence it should be done after considering a proper muhurat. People present during this sanskar and guardians have a responsibility to make a better life of child apart from giving birth to the child. Naming Ceremony is the beginning of child’s life, which is considered auspicious if started with the blessings of God-Goddess and Kuldevta. Parents pray for the longevity of the infant and with the life of infant begins. The name kept in the Naming ceremony gives birth to the qualities of the child and remains the main phase of the introduction to his life. In such a case, it is very necessary to name the baby by correct astrological calculations.

The discrimination of the girl or the child is not mentioned in the scriptures, likewise, there is no discrimination between boy and girl in Naming sanskar also. At the time of the rites, a framework of the future life of the child is being created, in such a way, based on kundali, it should be done only on the auspicious time.

Know what future holds for you: Horoscope 2019 Predictions

How to calculate Naming Ceremony Muhurat

Naming ceremony is an important samskar which should be performed with complete devotion. It is necessary for it to have an auspicious time. If it is not performed during the auspicious time, it won’t bless to the child completely. It should be performed on the 11th day or after the 11th day from the day of birth. According to astrology, predictions are made with utmost accuracy so that better remedy can be referred for any Dosha present in the horoscope.

During the Naming ceremony, parents and infant have to wear clean clothes after taking bath. Parents sit in worship and take the infant in the lap. Water or Ganga Jal is mixed in the auspicious pot (Kalash). One silver spoon of honey is given to the child and thereafter, Sun is shown to the child. The belt is tied on the waist of baby. (By wearing it, infant wouldn’t be so lazy and will become active). Kalava should be tied on the neck of the “Kalash”. People believe if it is performed on the auspicious Nakshatra, auspicious day, then it would impact positively to the life of a child. In this sacrament, the child is surrendered to the land by bowing down to the ground. According to Astrology, there is 3 base of Naming Ceremony: First, recognition of birth nakshatra in which the infant is born. Second, a name will become helpful in achieving the goals of life. Third, he would be able to know caste, Gotra and family dynasty

Like all the other samskaras, it is necessary to take care of certain things even in the naming ceremony. Ten days after the birth of a child, it is considered sutak, so the Naming ceremony is not done before ten days. The child should not touch the ground for ten days of birth. There is also a tradition of Jatakarma Samskara just after the birth of child but it is not seen in present days that it is celebrated separately. Hence it must be kept in mind while performing Naming ceremony that Jatakarma Samskara should also perform with muhurat of Naming Ceremony. It is included with this particular Samskar so that it could not skip. While performing the Naming ceremony, the infant should be with its mother and only simple or virtuous food should be cooked at home. A new plate should be used in Samskar. If maternity work is done at home only then that room should be painted and made clean. Cleaning and decoration should be there at home. It should be kept in mind that the name should be such that it would make child feel pride.